A downloadable game for Windows and macOS

Summary
Salena's ex-girlfriend hurt her in ways she never knew were possible. She's pretty sure the break up was a result of her being asexual. Now Salena's afraid to commit to another relationship and has lost confidence in herself. She still wants a girlfriend, but is  refusing sexual intimacy a deal-breaker? That's when she accidentally finds herself falling in love with another girl, but is afraid to come out to her.  At the same time her ex-girlfriend pleads for her forgiveness and wants her back. What will she do?

Warning** This game contains mature themes and some nudity
(You have the option to censor the nudity before playing).
Rating [OT] Older Teen

Made by Kino from Luscious Studio

The game is short but has a variety of menu options that leads to different 5 different endings and has over 20 cutscenes.

NOTE** There is a bug in the gallery where 1 image is missing I am trying to figure out how to fix that.  Keep an eye out for patch updates below the download links.

If you find any typos,  bugs or just want to give us private feedback
please submit them here.

This game was made for ace jam

Oh wow, I didn't know ace jam was a thing, Mixed with yuri even, I'm looking forward to reading this.

It was nice, but I'd prefered to have "no romance" ending that wouldn't be bad (stay friends ?) and (let's be utterly mad) polyamourous, even if it was only a "try" that'd withered hyper fast. Although I kinda get why, the premise being lack of communication...

hello, this game just made me cry in many routes I'm an ace lesbian and I also  don't know how to tell my girlfriend that  I'm ace. i understand this game, i feel it . I was really happy to find a game that expresses our struggle with our sexuality . thank you for making this i really enjoyed it <3

It`s a short, cute game. In under an hour, I got several different endings (two of which strike me as really sweet and the ideal endings for the main character) and all but 1 picture,  which I did get but claims it`s a broken link. (which I see is a known issue...I thought it was fixed in the patch but apparently not?)

While the punctuation needs help at times, the story itself is well done, and feels realistic to the situation. I do wish we got to see more of the mc`s sympathetic friend, since he seemed to be someone always there for her, but the stories are too short to allow that.

Edit: Made a longer review here

and started making a walkthrough here

This is such a beautiful and well-made game! I love it and I'm excited to play it again! :D

I've only played a little bit so far, but I'm loving this game! It's sad at first, but it feels like it gets back to being cute pretty quickly. Hope you enjoy the video!

I was able to play a bit of this last night and I had a blast!!

I thought the writing was really well done and I loved reading through what was going to happen next.

The art was lovely!!! And I loved the 90's shoujo feel to the whole work!

Aanya ending up being my favorite character, she was so sweet! (and I loved how awkward she was in her introduction scene, heehee :D)

Thank you so much for this lovely game!!

The begening was so sad. How could Lydia do it to her?! (Well the real true about that thing isn't that cruel). But it's good this way. Builds very good start for the whole story. Don't change anything :)

I don't get why both love interests are so "tomboy". Usually in gxg games characters are so "feminine" like for example MC in this game. But it's ok this way :)

And then game is still sad. And she's asexual with broken heart.  :( Well, during event in next day my mood became a bit better... Don't worry about me xD . And Aanya is nice... And ex is back... Like everything becomes brighter.

Very well done plot. I love it. But maybe you shouldn't "skip" the less important events. I feel a bit like only one or two sentence discription of what happened beetween main scenes sometimes may be not enough. But don't worry this way it's still great :)

Multiple and different endings. I think you should name all the endings. So I would be easier to find how many and which player had arleady achieve. A lot of plot twists. Meaningful choices.  Ok, enough about plot... No spoilers... Test it yourself :)

Well artstyle is good. Characters look very good. Each with own style, personality, role and story. A lot of beatufil CGs

A bit short. But with all these endings and CGs it's pleasure to replay it few times even in row.

EDIT/BUG REPORT: I have 1 missing (replaced by text) picture but I'm 100% sure I've unlocked it. And I' havent still unlocked three pictures in gallery even if I had done all the plausible endings and all the plausible choices and chains of choices.

I`ve got the same picture replaced by text, and like you I was missing three pictures for a while.
I wonder if it was the same three? If so I can tell you how I got them, but I don`t want to post spoilers here...

I'ts ok to post spoilers if you warn everybody about them.

Hmm...those are three different ones than I was missing. Lemme play through and see if I can figure out how I got them. ^_^

And yup, same for me that the 3rd one on the 7th page is replaced by text.

I`ll eventually write the whole walkthrough. But for the moment:

First of all thanks so much for taking the time to make a walkthrough that's pretty neat :D and Is that gallery glitch still there? Omg I've tried fixing it like 3 times already -__-;  Is this from a game you've downloaded before or after my last patch update?

I have newest version.  And thx for walktrough too :)

My version was downloaded feb 3, and the update was listed as Jan 30th, so I should have the most current version. And yea, it`s not showing up. I tried going after it in both censored and uncensored modes. :( 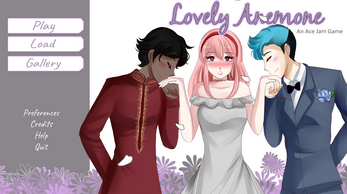 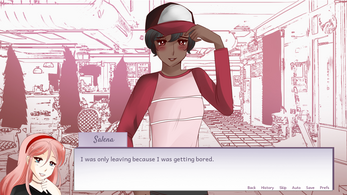 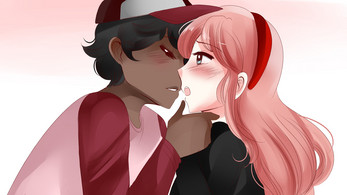 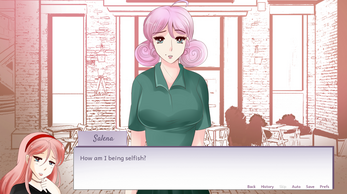 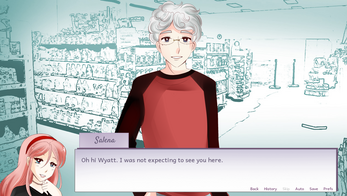